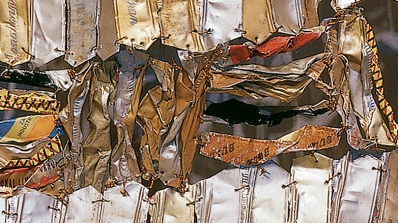 The Art History Department Visual Resource Center is one of the earliest academic image collections in the United States. It began in the late 19th century as a collection of lantern slides and study photographs of works of art and architecture. As the 20th century progressed, the black and white lantern slides were gradually replaced by the 35mm format, and new acquisitions from copy photography or vendor purchase were mostly in color. The quality of the architectural lantern slides, however, was so striking that many of these were re-photographed onto 35mm film in the early 1970s.

The expansion of the Art History Department in the 1970s and 1980s necessitated a huge growth in the slide collection and increased professionalism in its management. Traditional strengths of the collection in American, Italian Renaissance, and Ancient art and architecture continued to expand, while other areas—such as Medieval, Baroque, 18th, 19th, and 20th century European art and Non-Western art including Asian, Islamic, and Oceanic—were rapidly built up to meet the requirements of new courses. Constraints of space and budget precluded extensive use and expansion of the photographic study collection. Instead, slide review sessions were held in classrooms just before exams. The slide collection was extensively used by faculty members from nearly every department on campus.

The rapid advance of personal computing in the late 1980s and Dartmouth's strong support in this area soon benefited the Visual Resource Center, as the curatorial staff was able to develop a database to better manage the very active collection. Such records as the sources of all the copy photography and the artist authority files were the first to be entered into a database. Then cataloging records were added, linking information about works of art to information about the slides representing them. These records could be searched for a variety of purposes, and labels for new slides were efficiently printed. By means of a code on the back of each slide and a quick search in the database, full information about its source could be obtained. As most of the slides were produced from copy photography of books in the Art Library, the slide collection stands as a unique image index to much material in the library. This has proved to be a very valuable asset in the digital age.

As Dartmouth continued to be a leader in personal computing in the 1990s and was very early to wire all its dormitory rooms, the Visual Resources staff saw an opportunity to serve students that would be far superior to slide reviews. In 1993 the "Artemisia" image review program was inaugurated. This brought images from specific classes over the campus network to students enrolled in those classes. Dartmouth was one of the very first institutions to have such a program. Slides were scanned after class, and images were available to students within a day of the lecture. Thus began the Visual Resources digital collection.

Image quality for teaching has always been one of the major concerns of the Visual Resource Center and the faculty who use it. It was important to all that the high quality of the slide collection not be sacrificed as the faculty moved on to teach with digital images. Excellence of both images and projection took some time to achieve, but the results have been gratifying. It soon became apparent that images obtained by scanning slides, though adequate for student review, were not always the best option for teaching. It is just as fast and definitely better to go back to the original book, or a newer one, and flat-bed scan the picture at a very high resolution. Again the staff developed a database to keep track of the images, and careful back-up procedures ensured that this collection would be preserved for the future.