Mary Coffey specializes in the history of modern Mexican visual culture, with an emphasis on Mexican muralism and the politics of exhibition. She also publishes in the fields of American art, Latin American cultural studies, and museum studies. She has published essays on a broad range of visual culture, from Mexican folk art to motorcycles to eugenics exhibitions.

Mary Coffey studied Art History and Cultural Studies at the University of Illinois, Urbana-Champaign. Before joining the faculty at Dartmouth she taught at Pomona College (1999-2001) and was a Faculty Fellow and Internship Coordinator at New York University's Graduate Program in Museum Studies (2001-2004).

Mary Coffey's first book How a Revolutionary Art Became Official Culture: Murals, Museums, and the Mexican State was published by Duke University Press in 2012. This book offers the first study of the reciprocal relationship between Mexican muralism and Mexican museum practice. Through case studies of the nation’s three most significant public museums, all of which include major works of mural art—the Palace of Fine Arts, the National History Museum, and the National Anthropology Museum—it traces the transformation of Mexican muralism from a public art with radical social intentions into a form of state propaganda. The book reveals that artists often willingly and at other times inadvertently participated in the official construction of national art, history, and ethnic origins proclaimed within these museums. Simultaneously, it shows how the museum brought mural art to the popular audiences its artists hoped to reach, albeit in ways they did not anticipate. How a Revolutionary Art Became Official Culture received the Charles Rufus Morey Prize from the College Art Association for a distinguished book published in Art History in 2012.

Her second book, Orozco's American Epic: Myth, History, and the Melancholy of Race (Duke, 2020), offers the first book-length analysis of Jose Clemente Orozco's 24 panel fresco, The Epic of American Civiliazation, painted at Dartmouth College between 1932-34. She situates the mural cycle as an artifact of Orozco's migration from Mexico to the United States, and argues that it represents a turning point in his career as the only fresco in which he explores both US-American and Mexican narratives of national history, progress, and identity. She argues that while its title invokes the heroic epic form, the mural indicts history as complicit in colonial violence. Likewise, she asserts, it questions the claims of Manifest Destiny in the United States and the Mexican desire to mend the wounds of conquest in pursuit of a postcolonial national project. Through these arguments, she places Orozco within the context of his peers, demontrating the Epic's power as a melancholic critique of racialized nationalism while also finding within it a call for justice that resonates with contemporary debates about race, immigration, borders, and national belonging.

She is currently at work on a project that explores the historical intersection between geology, archeology, and identity formation in Mexico through an analysis of the construction of the Pedregal region near Mexico City as a symbolic and natural resource and site of extraction in art and cultural production.

At Dartmouth Mary Coffey gives public lectures and tours of the José Clemente Orozco murals in Baker-Berry Library, as well as current exhibitions at the Hood Museum of Art.

Mary Coffey is an affiliated professor with the Latin American, Latino, and Caribbean Studies and the Women and Gender Studies Programs. She has also taught specialized courses on public art, José Clemente Orozco, Fluxus, and museum practice, as well as the introductory surveys of Western Art History and contemporary art. 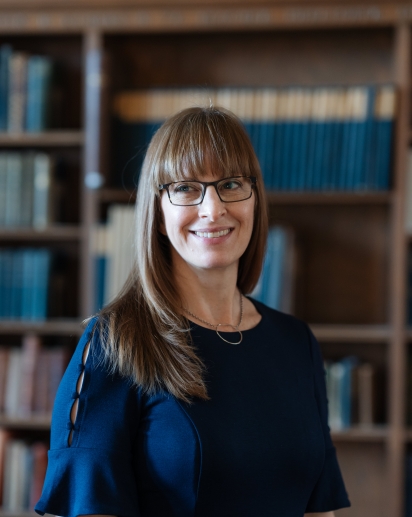